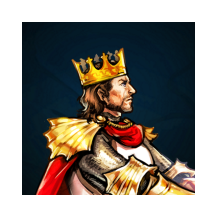 Today I wanted to do something different as a developer diary:

This video is showing some gameplay of Fate of an Empire – Age of War. It goes through the first 20 turns of the human empire Imperium. The game also comes with a fully functional map editor allowing you to create your own world to play on. And why not share your maps with the Fate of an Empire community?

Don’t forget to sign up to the beta test and give the game a try while also helping me find errors and stuff that needs to be improved. Send an e-mail to ‘apps@norberg.one’ telling me that you want to join the beta. You must include your google account e-mail as the beta is run using the Play store. I’ll reply asap with a link and a promo code allowing you to download the premium version for free.

Fate of an Empire – Age of war is still under development and this gameplay is made with beta build 104.