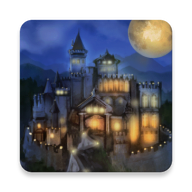 Today the ‘Working the Land‘ update of Fate of an Empire was released in the play store and at Itch.io. It’s been live a few days already at other app stores like the Galaxy app store and the Amazon app store.

The work on the next update has now started. The main news in ‘Win or lose‘, version 1.1.3, will be that I fix the issues with the win conditions making it possible to actually win (or lose if an AI empire fulfill the win conditions) the game. I’m also adding the first event chain to Fate of an Empire. My hope is that event chains will increase the atmosphere and depth of the game and also make each playthrough more unique. If this event chain works well I plan to add more in the future.

I hope that you’ll enjoy the Working the Land update and the new art I’ve added to the game.