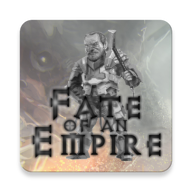 Work is progressing with a good pace on Fate of an Empire. FoaE is the true successor to Rising Empires and bring a lot, and I mean a lot, of new features and possibilities to the game.

Below is a short list of some of the major additions and changes:

Today build 96 was uploaded to our beta testers which adds terrain resources to the game:

Terrain resources will have a severe impact on your settlements and will influence how much population they can have as well as how quickly they build new buildings and companies. This bring a whole new strategic dimension to the game when deciding where to send your settlers for your expansion.

It’s time to join the ongoing beta test of Fate of an Empire. Help me balance the game, find bugs and create good lists with leader names. If you want to help out, send an e-mail to apps@norberg.one and include your google e-mail and I’ll add you to the beta.

I hope to hear from you soon!

2 thoughts on “It’s time to sign up for the Fate of an Empire beta!”