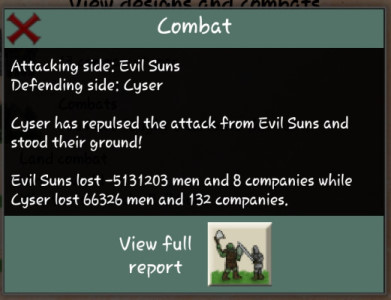 November has passed and its now the first of December. November was a good month for Rising Empires. The game was updated to version 2.1.2 with some major changes to the movement system. We´ve also seen a lot of balance adjustments to the corruption system and I’m now feeling quite satisfied with it and how the AI handles corruption in its settlements. 2.1.2 was quickly followed by 2.1.3 which fixed a rather big bug with the Ende ability to capture souls.

With the ability to capture more souls than the number of killed enemies Ende companies could grow exponentially in the late game. In one battle a single Ende company eliminated 100 enemy companies and grew with some 20.000.000 soldiers. After a few more battles I had 41.852.866 soldiers in a single company. At least 20 times the total world population at the time… This exploit is not possible anymore.

With the release of 2.1.2 I also started a one-week sale to promote Rising Empires and this was a big success. The number of players doubled during the sale and this last week have seen more processed turns than ever before.

All in all a rather good month.

The next update is planned for the end of December. It will contain bug fixes, the high influx of new players has shown a few errors in the code, but it will also make the sapper ability possible to select. Something which wasn’t possible before. But it will also see the AI start using more abilities when they design companies. I always enjoy improving the AI. Muahahahaha…

Thank you for your support!

Now I need to return to the code. Cheers!